In French, you can complete a conversation with a simple phrase, ça va. You can use it to ask how someone is doing, and the person may use it as well to reply that they’re doing okay. In literal translation, it means, “it goes.” Hence, I was kind of expecting that the staff would use it to greet me when I entered this restaurant at the Podium Mall called, Ça Va Floral Creperie and Floral Atelier. Instead I was asked if I was dining in, to which I answered yes.

I have been seeing this restaurant before but didn’t get a chance to visit it until recently. The interiors look nice, some display plants hanging on the ceiling, there are wooden tables, some with French bistro chairs, some with traditional bentwood chairs, the floor tiles of geometric designs. There is also a loft area where you can find more seats.

As shown in the name, it is also a floral shop, however, I didn’t see real flower but dried and fake ones on display. Curious, I asked one of the staff and she said that they had been selling real flowers before but had to stop when the pandemic hit. She’s not sure when they would put the flowers back, but right now those dried flowers are all they’re selling to the customers.

The staff is not particularly a happy bunch, they hardly smile and they are not very chatty. Somebody made a point of mentioning this in another review, and the person seemed offended. As with me, it was okay. As long as they are not rude — which they’re not, in fact, they’re polite — then I won’t get worked up about it.

I’ve been there twice, the first time I ordered pasta and a cup of coffee. I had aglio olio pasta (Php 270) and it’s weird because the first few spoonful I didn’t like it. I thought it was very salty and that they put too much parmesan crumbs on top of it, but as I continued to eat, my opinion started to change. I even ate the capers when I used to take it out from some pasta dishes that I had before. And the parmesan crumbs that I had previously thought was a tad too much, became the main reason I ended up loving the dish. It added that crunch and flavor that had me cleaning off the plate in no time. I’m salivating just thinking of it now, it was just so good.

When I came back I tried their crepe. I ordered the one called Purist (Php 165), which is just butter and sugar because I remembered the crepe I had in Paris and wanted to replicate the experience. Unfortunately, it didn’t live up to my expectations; it was too oily, didn’t taste anything like the crêpe au sucre et beurre of Paris. But I’d love to try their other crepes, maybe next time I’ll go for the savory ones.

The flat white (Php 150), now this one is a winner. It has a nice and smooth mouthfeel with a bold coffee flavor that I really liked. I’m a creature of habit, if I like something, I go back and order the same thing. With that said, I haven’t tried their other coffee flavors because I had another cup of flat white when I returned.

In those visits, Ça Va didn’t have a lot of customers so, in both times, I enjoyed my food and coffee in peace while some bossa nova music played in the background. The ambiance is nice, so are the food and coffee, definitely one of the restos I’d recommend if you ever find yourself at The Podium Mall one of these days. 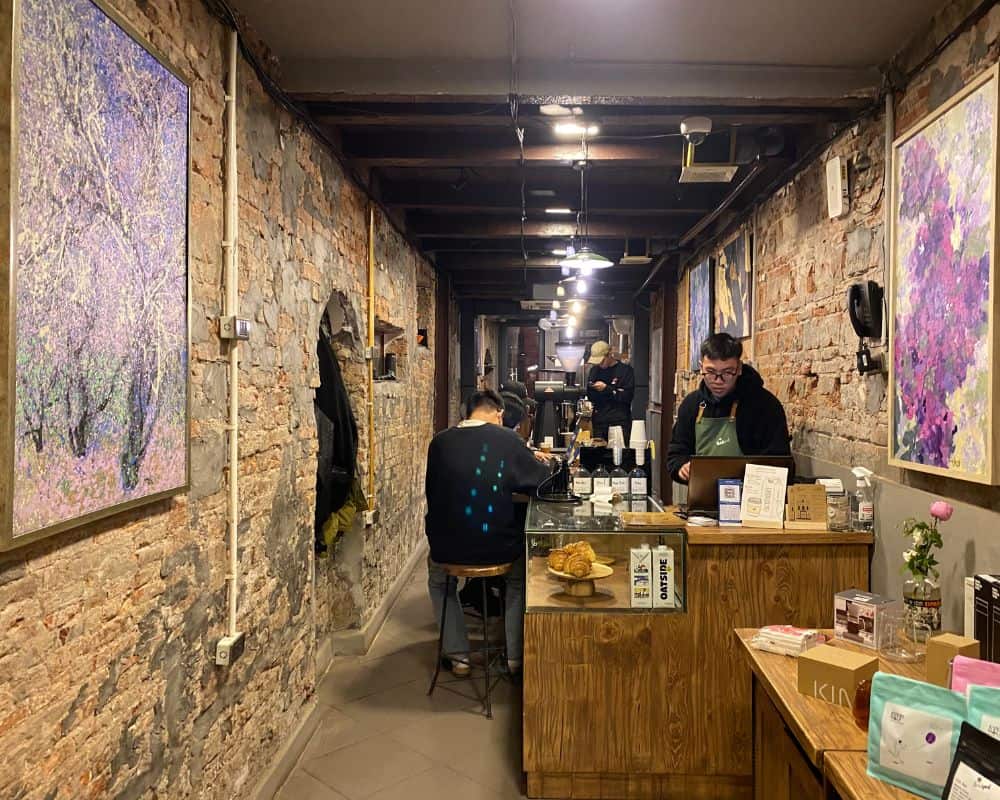