Once a year, usually toward December, I get tired of people. It’s when I take every little thing as a personal affront, be that as little as being left on read in a chat. I absolutely hate it when people— at least those few I care about—ignore me or make me feel like they couldn’t be bothered to let me know that I matter to them a wee bit. I’m aware that this reek of narcissism and that it’s immature to seek attention from people, which is the exact behavior I loathe when displayed by others especially on social media. This may very well be some form of cognitive dissonance, I’m not sure, all I know is I hate being ignored. At this moment, I don’t want to be reasonable. I have been trying so hard to be reasonable for far too long, giving them excuses even when they didn’t offer any. Right now, all I want to do is to unload this heavy feeling that I had been carrying far longer than I should.

Somebody told me once before, I place too high of an expectation on people. I give something and always hope to get the exact same thing. I guess I don’t know how to love unconditionally; the kind that asks for nothing in return. As a person not particularly inclined to give affection, I, therefore, expect I will be loved in return, or at the very least, given small considerations whenever I’m given an opportunity to use my heart.

Although this also applies to romantic endeavors, in this post, I am referring to the platonic kind, the one we specifically give to our friends. Such a peril of being perpetually single or not being particularly close to my family. I am still a human being after all regardless of my status in life. And just like any other normal human being, I am capable to give love. The lack of romantic pursuits left me with no choice but to focus my attention and affection on my friends.

I always make myself available when they need me for anything. I willingly offered my advice when they asked for it. I gave them my undivided attention and my time. I even let it go when I’ve observed that a few only remembered me when they needed something. At the back of my head, I tell myself that they are all I have. I have no one to turn to, no special person to get lost myself into. If I don’t nurture my relationship with them, then what else is left for me? I always worried that if I never give them time, they will just disappear.

But the bitter truth thing is, a friend is not a lover. It means they will be there at some point but they will not always be around. I will never be on top of their priority even if I have put them on top of mine. They will fall in love with other people, maybe marry and live somewhere else, have careers, kids, and other things that would take much of their time. And because I am just one of their many friends, of course, I will be left behind. As I said, a friend is not a lover. In reality, all I am to them is “just one of the friends.” Hence, I will always be on the sideline, an afterthought, a good to have but they can live without.

I’ve had this realization before when I was invited by a friend to a holiday vacation at her place. She mentioned it months prior, but we talked about it a few times and even set out a plan on how we would do it. She even told me that she was excited to introduce me to a friend of hers. I asked what I should bring, she replied with either a plant or a bottle of wine. All this time, I set it on my mind that this was a go because she never told me otherwise.

A few weeks before the supposed vacation, I messaged her which kind of wine does she want as I was getting ready to buy it from a liquor store. She answered with shiraz or malbec, then followed it up with the question, “Why are you asking about wine? What’s going on?”

I stared at her message, dumbfounded at why she was asking me this question. First of all, it was her idea that we go to her house. To cut the story short, the supposed vacation didn’t happen because apparently, she has forgotten about it (or she just changed her mind and didn’t bother telling me) and I didn’t want to be the loser eager to remind her. It made me feel like I was trying so hard to win the popular girl’s attention and I didn’t like that at all.

Then I saw in her IG story that she celebrated the holiday with her close friends. That’s when I realized that I had deluded myself to believe that she already considers me as a close friend. While I don’t blame her for choosing to be with friends, I think I deserved, at the very least, a heads-up since I was already planning my holidays around being with her. From then on, whenever I get to talk to her I always remind myself where I stand in her life. Perhaps she still considers me a good friend, but not a close friend.

Maybe that’s where the problem lies, the blurred line between a good friend and a close friend. They are not mutually exclusive but oftentimes, I always take the two as being the same thing.

In person, I have the tendency to be taciturn, which is why I prefer meeting at least two friends, that way they can talk with one another, and I can just sit there and listen. But in a virtual setting, like a group chat, I am often, the most talkative and active member. And I would share just about anything under the sun, URL links, photos, stories, you name it, I share it. There is only one chat group that I often go to with only four people in it. But lately, I noticed that they have been spending less and less time on it that I often just sit there talking to myself. I know, of course, that life happens and that my friends might be busy with something else, but I couldn’t help but be sad that once again, I have been left behind.

Some people may say that I should grow up, get over myself and that it’s not all about me. Would my friends prioritize me over other important things in their life? Of course not. Don’t get me wrong, I’m not an idiot, I do understand them. If I were the one married or with kids, I probably won’t spare them so much of my time as well. However, understanding, does not necessarily mean that I will be numbed. The truth is, I feel hurt even when it sounds juvenile. I am hurt because I have given more than I should, which could very well be my fault because it’s not like they asked me to. At the end of the day, I have a choice to take other priorities, love other things, focus more on myself, instead of burdening my friends with the love that they don’t really want or need. But I’ve already made that choice to love my friends in excess. Although I don’t believe it’s wrong, I think the error is in setting expectations it will be reciprocated.

They didn’t hurt me; I did that all to myself for wanting more than what they could give. I wish I could explain this in a way that wouldn’t sound like I am just being a brat, but it is how it is.

It’s a bitter pill I must swallow after taking some time away from them. One of my friends, noticing my absence, messaged me recently for proof of life. I told him that I am sorting out something and that I will be back when I’m ready. It’s a bone I have to contend with myself. I must find a way to accept the situation and to be mindful of my place in other people’s lives so I don’t get hurt. I have to set limitations, to not give more than what is necessary.

Currently, I have taken myself off social media. I stopped checking and updating my Instagram, I stopped talking to my friends and took on the challenge of being comfortable again with my own company. Every day is the same, I get up early, work ‘til three, meditate daily, read a book, watch Netflix or YouTube, exercise when I could, and play mobile games. The only difference is, I don’t chat with my friends anymore. The mundane things that I enjoy and would have loved to share with them, I now appreciate in my lonesome. Nothing’s on fire, everything is good, and now I have peace. I hope to come out of this self-imposed hibernation with a better disposition. 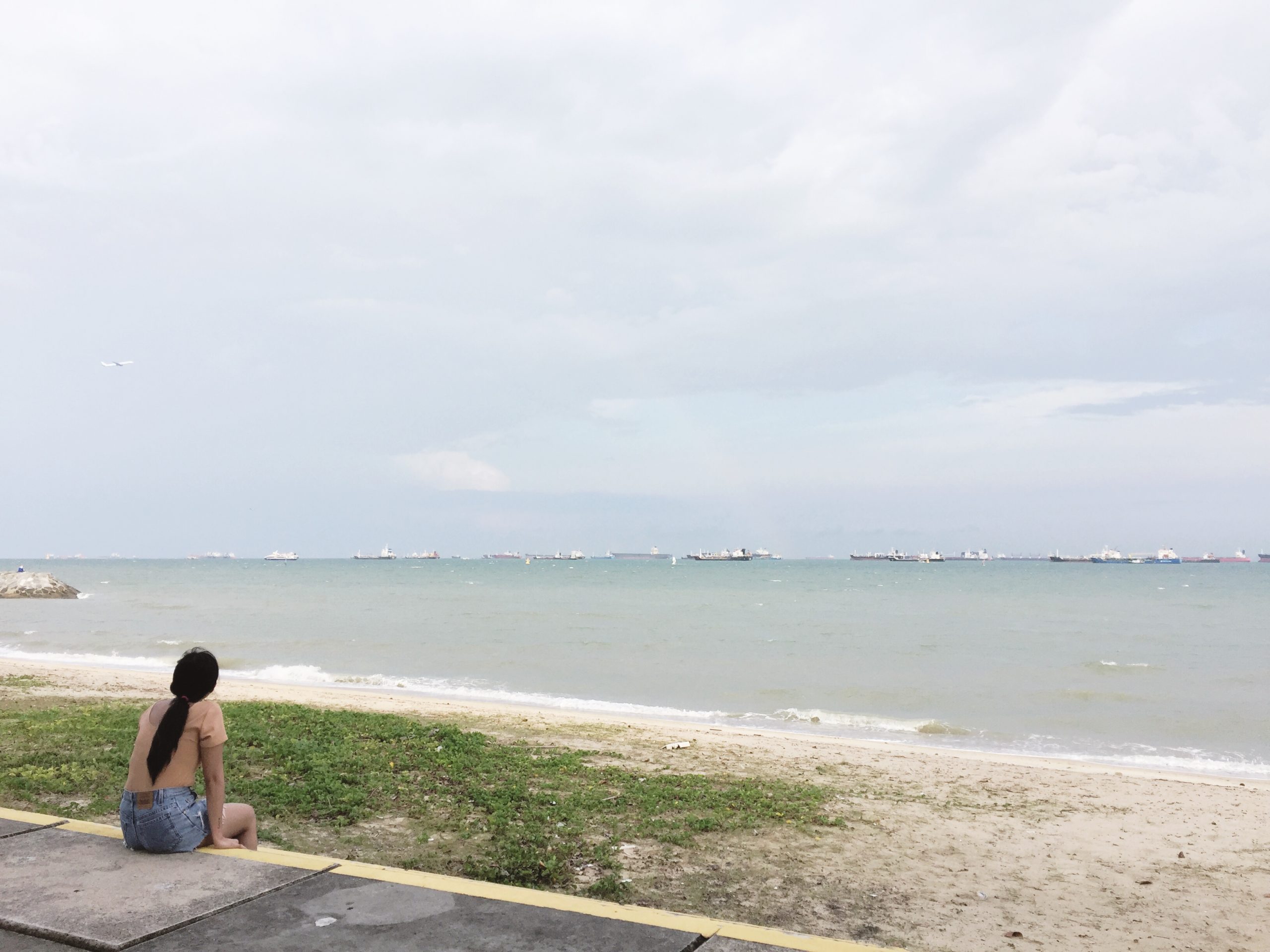