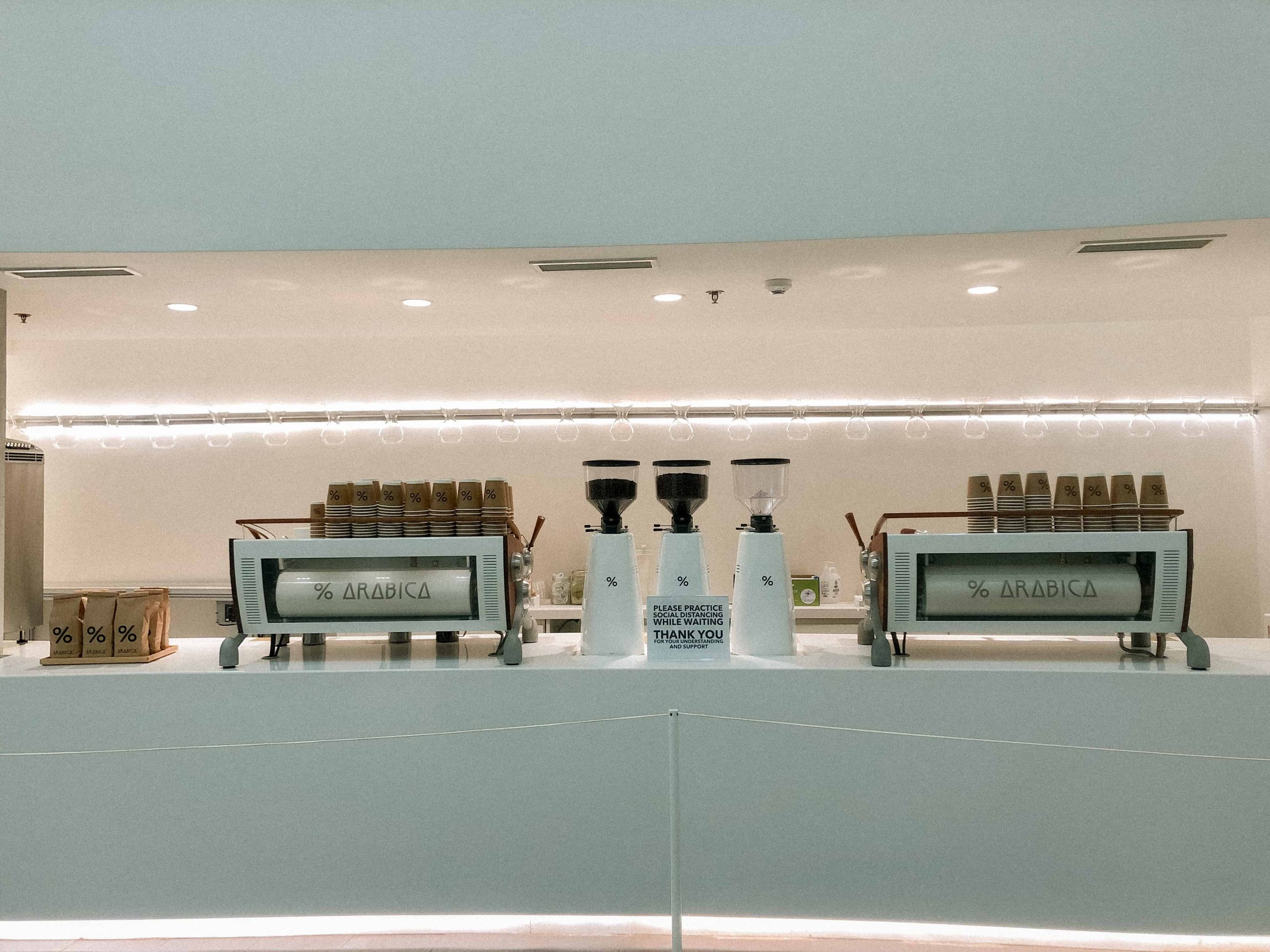 Author’s note: % Arabica’s franchise period has ended in the Philippines. While this coffee shop still exists at the Podium Mall, it’s no longer owned by % Arabica, but by another company, Angkan Coffee.

When my friend said she would have an arabica, I teased her for being so specific. I thought she meant the type of coffee; it turns out she was referring to the cafe. We met at The Podium last 29th August for our long-time-coming meetup that got delayed no-thanks to the pandemic. So we had pizza for lunch, matcha soft-serve for dessert, then ended our meetup with good coffee from Japan, % Arabica.

% Arabica is a Japanese cafe founded by a man named Kenneth Shoji. He took a loan, which he used to buy a coffee farm in Hawaii then started trading green beans. Eventually, he opened his first cafe in Kyoto, Japan in 2014.

% Arabica has branches all over the globe, two of which are in the Philippines, one at Bonifacio Global City, and another in Mandaluyong.

I’ve been to % Arabica BGC branch in 2018 during its opening and even met the head barista and first Champion of Coffee Fest Latte Art World Championship, Junichi Yamaguchi.

This post is about the one inside The Podium Mall in Mandaluyong.

The cafe’s design is monochromatic and minimalistic, the lighting is bright, and the walls and the bar area are painted white. I can’t say much about the seating area on the loft as it’s closed. For now, they only take orders to go.

% Arabica also sells coffee beans and grounds as well as merchandise such as canisters, tumblers, and tote bags.

% Arabica has no WiFi.

% Arabica has no electrical outlets.

Price: (To be updated)

I’ve never been a cookie person, but lately, I just find them weirdly appetizing, and this White chocolate cookie of %Arabica did not disappoint. It was dense, not crumbly, and a bit chewy. I love it.

We both ordered a Spanish latte; only my friend had the iced version. The barista used a tablet to enter our order.

Spanish latte tastes a bit similar to Vietnamese coffee, maybe because they share the same ingredient, condensed milk. So yes, this is sweeter than most lattes, but more than the sweetness, I find the tangy flavor more pronounced. Not sure if there’s a difference if you take it iced. I am not a fan of acidic coffee, but I must say that this Spanish latte passed to my liking.

Do you want me to review any coffee shops? Leave your suggestion in the comment box below, and I’ll make time to check it out. 💕 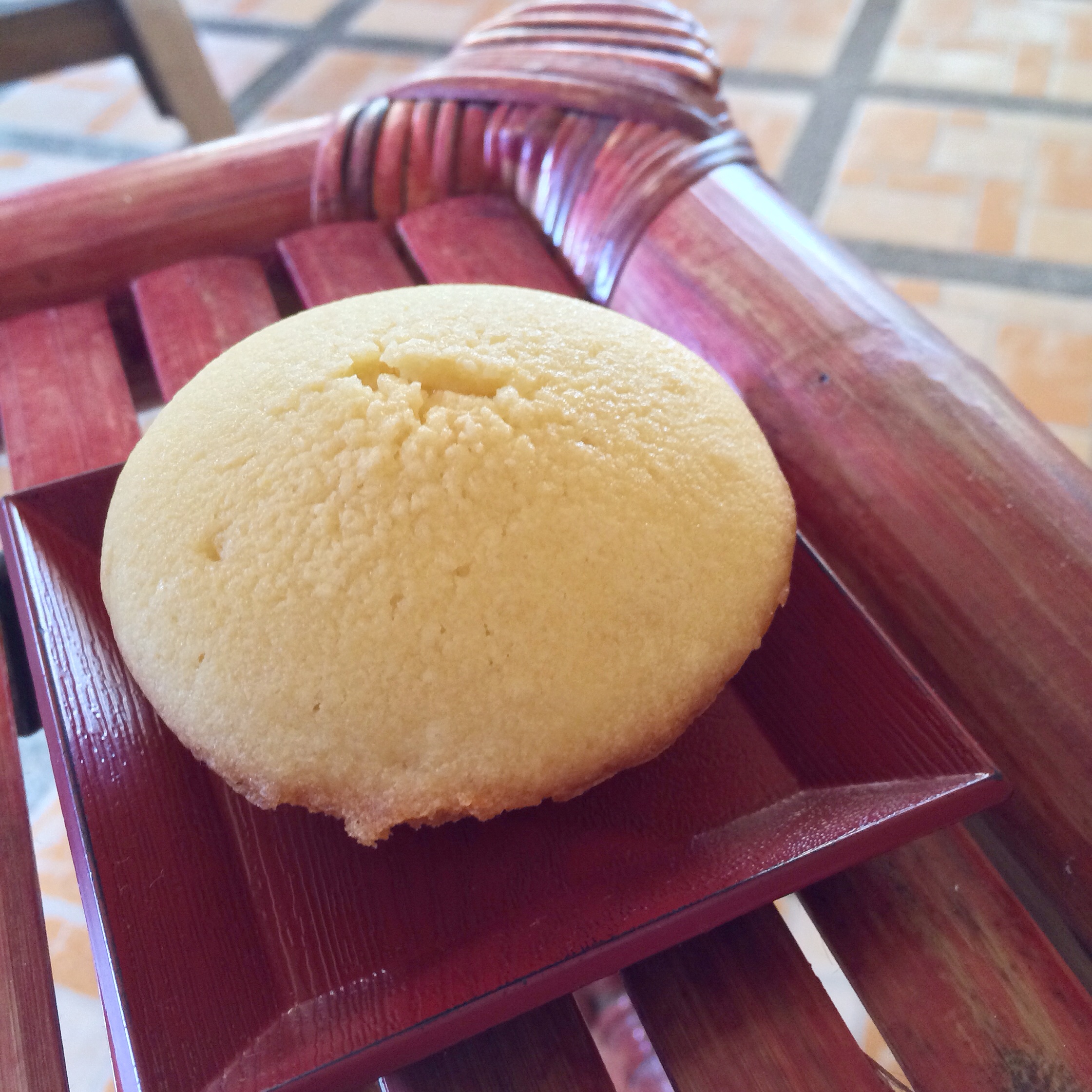 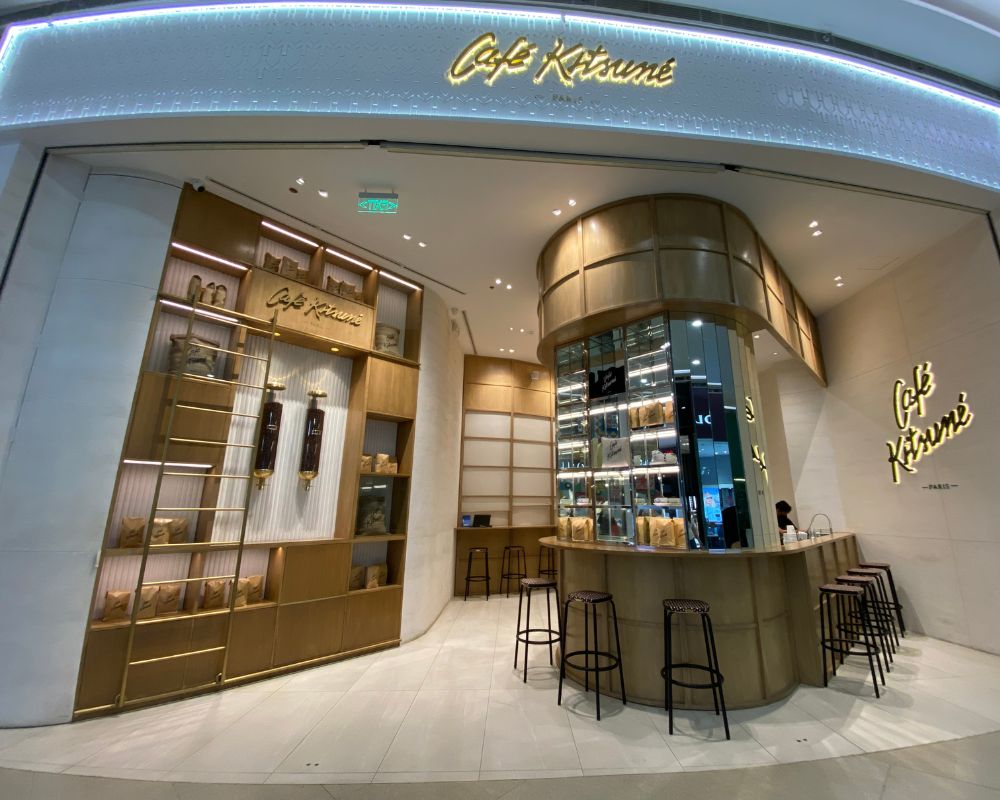 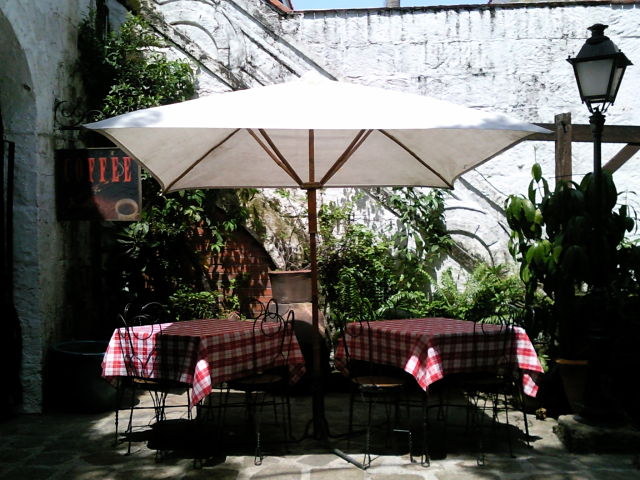