I’ve always perceived baking as an exact science; you put too many eggs in the mixture, you put too much flour, you let it wait in the oven for far too long, you’re screwed. I believed I’ve met enough failures to last me a lifetime that I didn’t want to add baking into that list. But the universe, I realized, had other plans. Who would have thought that my first baking experience involves making macarons? I mean really, macarons? That small and sophisticated French dessert so small you wonder why it’s more expensive than some cakes. For a first timer?! Isn’t this a bit ambitious?

But you know me, I’m a try-anything kind of gal, so when I heard about the Bloggers’ Bake-Off of Nikko’s Baking Studio I signed up without so much as a blink of an eye.

Nikko’s Baking Studio is a culinary school, a bakery, and a cafe owned by Chef Nikko Buendia. It takes a little space along Paseo de Roxas in Makati that seems to have stepped out of Pinterest. The place is characterized by wooden pallets, white-embroidered tablecloths, brick walls, and a well-equipped kitchen that is every baker’s dream. In other words, it’s everything that my home would look like if I have a choice.

Aside from yours truly, the other challenge takers are Irene Co, the genius behind the popular queso de bola cheesecake (the one I’ve been wanting to try for the longest time!) of Indulgence by Irene, and her daughter, Lauren, two of the vivacious trio behind the humor/entertainment blog, The Soshal Network, Faye (Sophisticated) and Camille (Provinciated), and my kitchen partner, the very thin you wouldn’t believe she is actually a food blogger, Roch of Rochkirstin.com.

The challenge was to make lemon french macaron, which I heard is the best-tasting macaron of Nikko’s. Prior to the baking proper, we were each given a copy of the recipe and an apron. The moment I wore the apron I already felt like a real baker. Hell, if I could go out on the street wearing the apron I would.

Chef Nikko is not only a great teacher, she’s also a wonderful hostess. She made sure nobody goes hungry in her watch. She prepared food that was so good, I had the strongest urge to wrap the food and take them home like a person who just attended a christening.

I’ve never heard of a calamansi jam before until that day. It’s an interesting take on a jelly jam, a perfect partner for the toast.

If it’s a person it’s something you would describe it as someone who is “nasa loob ang kulo.” It looks so plain you’d be surprised at how delicious it is. I don’t get to eat that many a pineapple pie, but among those that I’ve tried, this Pineapple Streusel Pie (9″ PHP 1,280) is the best version yet.

There’s also the pancake, the first food that landed on my plate.

Like I needed more reason to brand that day as awesome, we also had an opportunity to eat the cake that gained famed because of Pope Francis, the Kahlua Mocha Chiffon Cake (8″ PHP 860/10″ PHP 1,460), now known as The Pope Cake.

For drinks, we were served Drip Coffee (PHP 75) and the one that I drank like water, Pandan Iced Tea (PHP 90).

Wait, there’s more. For lunch, we enjoyed the Lucban Longganisa pasta (PHP 270). It was so delicious I wanted to eat the whole tray. And oh, don’t get me started about  Ultimate Grilled Cheese sandwich (PHP 290), definitely one of the best versions that I’ve tasted.

So… Are you jealous now? Hahaha… Wait, we’re not done here. Now let’s go to the main event, the actual baking process. Let me breeze through it.

Unlike in real life where you have to collect and prepare the ingredients yourself, the school already did the work for us. Chef Nikko said that she is particular about measurements, so even if everything has been prepped, we used the weighing scale to measure every ingredient before mixing them into the bowl. It may sound too strict but believe me, they work. First, it made sure that nothing was wasted and based on the outcome, the right amount of ingredients does a lot to ensure the macaron would taste nothing short of exceptional.

For the first part of the lesson, Chef Nikko gave a demonstration, on how to make the shell of the macaron. After learning the basics, we put our new-found knowledge to practice. We put the ingredients in a deep bowl, whisked them both by hand and by the mixer, melted the sugar in the stove, poured it to the mixture, and blended it some more. We then poured the mixture into the pastry bag and piped out circles on the baking sheet. We then let the shells sit for a while before baking them in the oven.

The second part is making the lemon curd. Putting together all of the ingredients was easier but it was more challenging physically when it comes to the whisking part. Next, we put the yellow mixture inside the piping bag then used it to squeeze out the batter onto the parchment paper. Those little circles that we made, which are about 1 1/2 in diameter, are the shells of the macarons. Then, we set it aside to let it sit to dry for about 30 minutes.

The next step is the preparation of the lemon curd or the filling of the macaron. Again, the ingredients were prepared already, we just had to mix them all together. We also used the stove this time because we had to caramelize the sugar, which by the way has to be timed perfectly.

Then finally, the baking part! After pre-heating the oven, we inserted the tray to the oven and cooked the shells for a total of 9 minutes. To see the formation of the macaron’s feet is the most exciting part for me. To witness the rising of the flat circles that moments ago, we were working so hard to mix made me all giddy inside.

For the ultimate finale, we piped the filling on each shell and then covered them with another shell.

Five hours later, the pastry that never in my life did I think I’d have a chance to make is finished. Roch and I, despite having zero baking experience, were able to create the best-tasting macaron I’ve ever had in my life!

Without a question, this has been one if not the most exciting thing that ever happened to me since I started blogging. I can only be thankful that opportunities like this come my way. I have nothing but good words to say to Chef Nikko and her staff for being so kind, helpful, and supportive during our class.

If I was able to bake, I’m positive you can do it too. Nikko’s Baking Studio has several baking courses that you can enroll in. So what are you waiting for? Learn how to bake macarons at Nikko’s Baking Studio. For more information, you may contact them through the following: 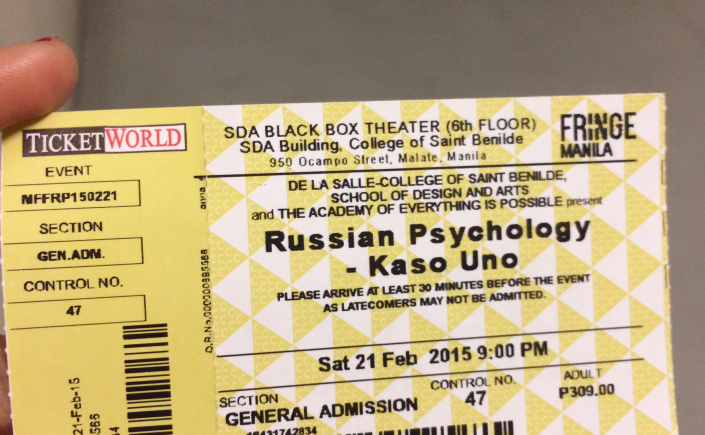