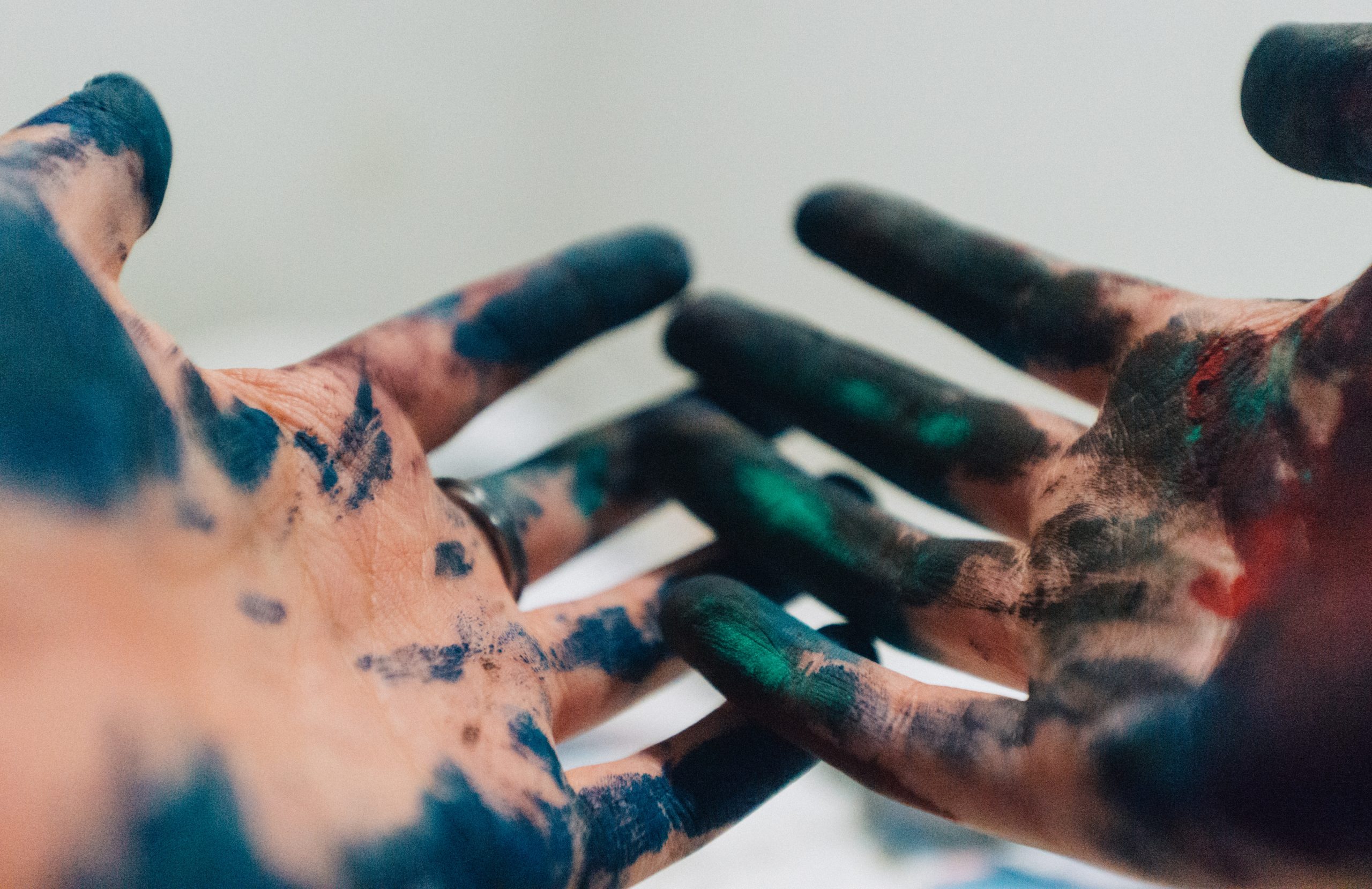 I was finishing the last of my toast when I heard him say, “Your tattoo is beautiful.“

I looked at him just in time to see him pointing on the side of his neck to identify which tattoo of mine he was referring to.

I said thanks and wondered if I should carry on the conversation. He has dark curly hair that goes below his ears, big round eyes that are very expressive, and he has a mustache and beard. His facial hairs were not able to obscure his good looks. I’ve seen him in the hostel a couple of times during my time in Penang, but we never really talked until that day, just as I was leaving the hostel in which we were both guests.

“It’s a symbol for a Leo,” I heard myself reply, deciding to keep the conversation going, “I’m a Leo.“

His lips broke into a big smile.

I let out a little laugh, “So that’s why you liked my tattoo. You’re also a Leo.”

Leos fall from the 22nd of July to the 22nd of August. I happen to believe that the stars affect people’s characteristics, hence the ink. Sometimes I could even tell a person’s sign without even asking. People of my sign are known to be charismatic, self-confident, and sociable. I think I failed in the sociable part, I am selectively social. He, on the other hand, seems to tick all three.

“Have you celebrated your birthday already or you’re going to celebrate it any day now?” I asked him curiously.

He said that he already did and asked me the same question. I told him that I’m heading to Singapore to celebrate my birthday on the 19th and that it’s the first time I’d be spending my birthday in another country.

“Yes, unless you are Benjamin Button.”

“Why, if you have it your way, do you want to grow backwards?”

“Yes, I think it’s better to die as a baby instead of an old man.“

“So you want people to take care of you?”

“It’s the same if I die really old. I will still act like a baby and people have to take care of me.“

And then he proceeded explaining to me in his thick Spanish accent that old people, at least those who reached their 80s up to a hundred start acting like babies; they unlearn the things that they do, they forget things, they could hardly walk, some have become so weak they cannot even feed themselves; basically, like babies. The guy has a point.

It was the 17th of August, in 2 days, I’d be 35. It’s not the kind of conversation that you would want to have when you are starting to feel ancient, but I love having deep conversations, especially when I don’t get to have it a lot. When I’m with some of my friends, we were always talking about other people we know and I am seriously getting sick of it. I am tired of talking about the same shit over and over again. Most of the time I wish I have a recorder with me, so when there’s a friend who would mention something that she has already discussed in the past, I’d just play the freaking recorder as a reminder that we’ve had this talk. I wish I could have more people in my life like this guy, those who see things differently. I long for this kind of conversations, funny how I usually get it from people I hardly know.

“Life is like when you’re drawing a circle,” he said.

Now, this sounds interesting. I met his gaze and waited for him to explain. He drew a circle in the air with his finger. He said that when we draw a circle, it’s never perfect, that the first stroke would be bold and towards the end, the stroke would be lighter. He picked a brochure on the table and asked for my permission to use it; I said that it’s not mine. He shrugged and opened the brochure anyway, it’s one of those Penang guides that you could get from the airport. He picked a pen and drew a circle on top of the brochure. And just as he was trying to explain, I noticed that the stroke has gotten thinner by the end of the circle.

I nodded in understanding and remembered the old people in my life and how I watched them fade. My grandfather died a few years ago; the last time I saw him, he couldn’t recognize me anymore. His body was all skin and bones, he had sunken eyes and pale complexion. Gone was the man who used to drink a lot and sing his most heartbreaking rendition of Visayan kundimans. It’s as if he was a completely different person. He has faded, it was inevitable given his old age, but knowing the inevitability didn’t make it any less easy for me to witness it.

I noticed some dirt on the guy’s hands and realized that they were paints. Could he be a painter? Where did he come from? Judging by his accent, he could be Spanish. I asked him if he was, and he looked at me surprised.

“Yes I am from Spain, but I am a Catalan. Are you familiar with it?”

As a matter of fact, I am; Catalan people are from Catalonia, a region in Spain; but that’s as far as my knowledge goes. He was happy to share some facts. He said that although they are part of Spain, his people like to be referred to as Catalans instead of Spanish. Their language is also a bit different from the rest of Spain; a mixture of Spanish, Portuguese, and French.

“So you speak French?” I asked.

The corner of his mouth lifts in amusement, “Where are you from?“

I dared him to take a guess. He paused and stared intently on my face. If I were capable of blushing, my face would definitely be red right at that moment. His brow wrinkled in concentration trying to figure out my nationality.

“You’re unlike any of the girls I’ve seen here, let me see.“

I gave him some clues, to not go beyond Southeast Asia and that my country has been colonized by his country for centuries. The Indian guy on the other table let out a small laugh; apparently, he was listening to our conversation and based on his reaction, he already knew where I came from.

I saw it on his face before he even said it. He finally got it.

I nodded in confirmation.

“Filipinas are beautiful,” he said.

“Why, have you been to my country?” I asked, ready to discuss the places that he might have visited.

He shook his head.

“Then how did you know Filipinas are beautiful?“

“I’m looking at one right now,” he replied.

My mind went blank. I honestly didn’t know how to respond to that and I can’t remember now if I ever did. I could have sworn the temperature has risen in the room. My face felt warm and my heart started to race a little bit.

I looked at my phone and saw the Uber driver has arrived. Sadly, it was time for me to go. I wish we had an opportunity to talk in the few days I was there, why did I meet him just when I was about to leave? I picked up my suitcase from under the table and told him that it was nice talking to him.

His name is Jordi and just as I thought, he is a painter. I waited for him to ask for my name but he never did. I left Penang that day remembering the story of Benjamin Button, and his hands splattered with paint. 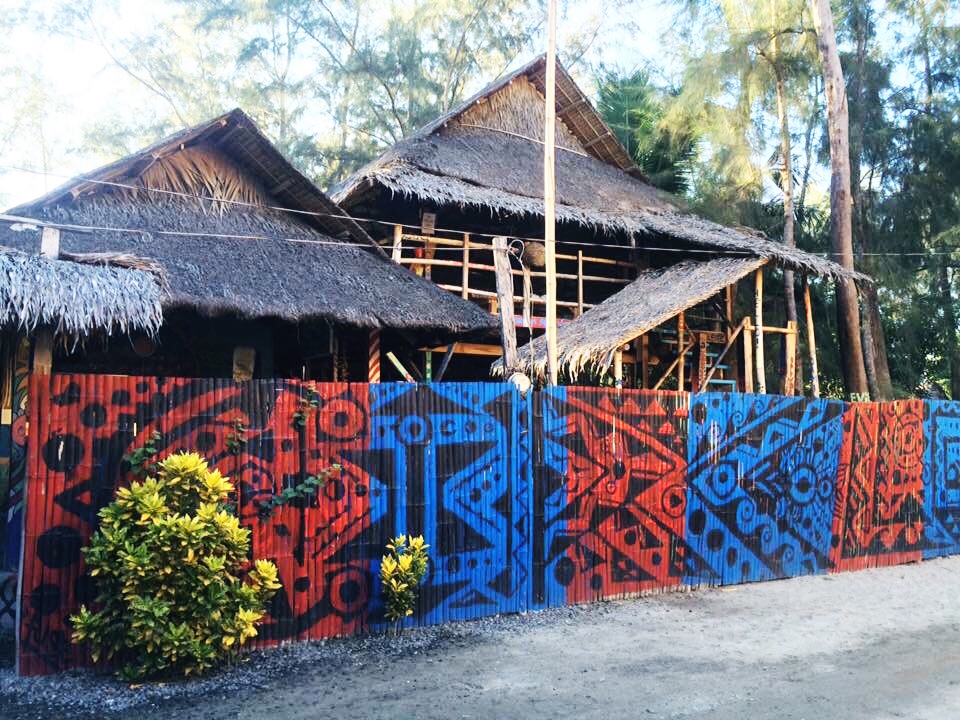 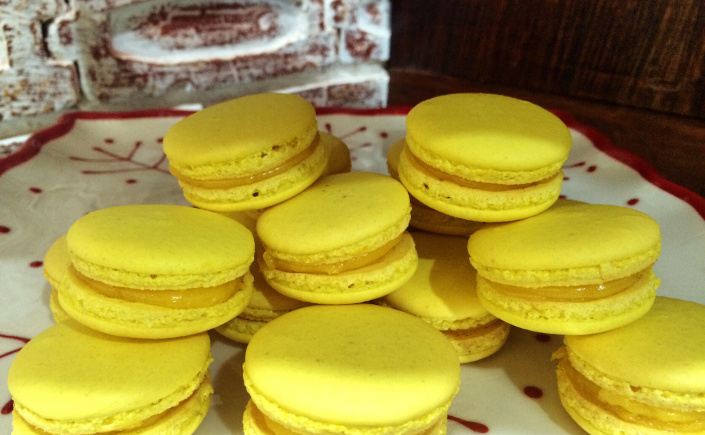