I kept spelling it as Righa until I reached the hotel itself and saw its name across the face of the building. Rihga Royal Hotel Osaka is one of the 11 hotels under the Rihga Royal Hotel Groups. The hotel chain can be found in different locations, such as Osaka, Tokyo, Kyoto, Hiroshima, Fukuoka, Okinawa, Nagano, Ehime, and Kagawa.

For 3 days, our group stayed at Rihga Royal Hotel. It is one of the prominent landmarks in Osaka ideal for its proximity to some places of interest, such as Umeda, Shinsaibashi, Namba, and Universal Studios Japan as well us to the city of Kyoto.

Read: What to see in Kyoto in a Day

The hotel houses a number of in-house restaurants and shops that sell flowers, clothes, souvenirs, even cars. It has its own shuttle service that can take its guests to and fro the train station. Rihga is over 80 years old and you can see it in the overall design of the hotel. But this is Japan so you can expect to see modern technologies, such as the machine-operated toilet, vending machines and the singing and dancing robot down the lobby.

There are different types of rooms located in three different areas inside the hotel: Executive Floor, Tower Wing, and West Wing. We stayed in the West Wing where the rooms are smaller in size and the room rates are cheaper. The Twin Room, where I stayed with another blogger, is about 32.7 to 44.0 m² in size. It is equipped with two double-beds, an LCD TV, aircon, mini ref, safe, trouser press, adapter, and hair dryer.

Have I mentioned that I have a thing for duvet covers? Yes I do, and Rihga’s beds have them so it made sleeping extra comfortable (that and the fact that the mattress is also quite comfy to sleep in).

My most favorite part of the room is the bathroom, particularly the super toilet. In the Philippines, I’ve only seen this kind of toilet once, and that’s at Salvatore Cuomo. In Japan, they are everywhere, even on public restrooms. The ease of use, the fact that the toilet seat gets warm once you sit on it, made bathroom time a little more fun for me. I know I sound like a cave man, but can you blame me? Japan toilets are amazeballs!

Another thing that I loved in the shower is the toiletries. One of my issues on hotels is the fact that the liquid soap, shampoo, and conditioner are usually not foamy; not at Rihga’s. It was so fun to use them and they come in big bottles that I had to stop myself from taking them home because it would definitely look like stealing, haha… 😀

Rooms have WiFi and the connection was pretty strong so if like me you just can’t wait to post everything on social media then this is something that you’d appreciate if you stay here.

Our stay comes with free breakfast and we had a choice to eat in their traditional Japanese restaurant in the basement or the buffet. I was able to try both. In the Japanese resto, you are going to be served with set meals. Food is good, but not as satisfying as the ones that you can find in the buffet. Rihga’s buffet by the way, is one of the most famous in Osaka so even if you don’t plan to stay at Rihga, you can at least go there to try their buffet. I swear it’s worth it.

I’d give this hotel a 4 out of 5. The staff are very courteous and nice, even the housekeepers who never failed to greet us whenever we pass by, the place is in close proximity to some of the best spots in Osaka, the room is clean, sleeping has been comfortable, wifi is reliable, and the buffet is excellent. I can definitely recommend Rihga to people who are planning to visit Osaka. 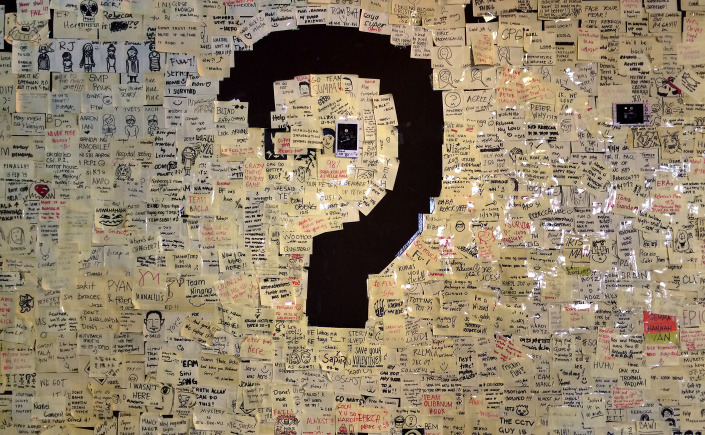